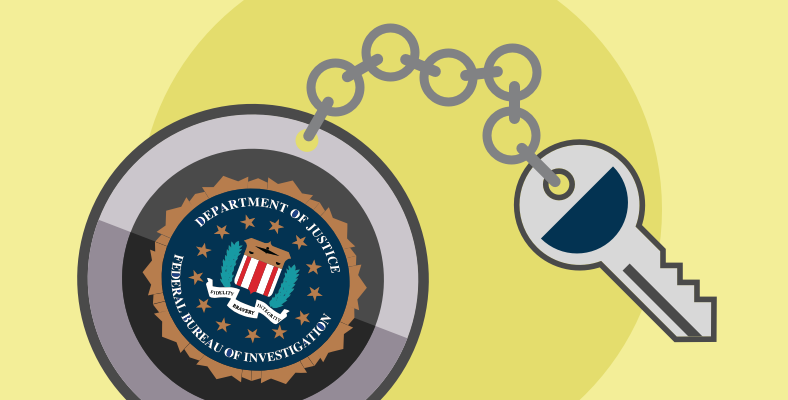 The US debate over encryption has been heating up for some time, and is highlighted in the news again this week following an event, “The Encryption Debate: Balancing privacy and national security,” hosted by Passcode and the Christian Science Monitor.

The FBI’s viewpoints were reasserted during the event by the executive assistant director of the FBI’s Science and Technology Branch, Amy Hess. Hess stated that encryption is helping criminals and elevating them to a status “above the law.” Additionally, she expressed the sentiment that “weaker encryption is a worthwhile tradeoff for law enforcement access to data.” The FBI wants companies to be able to hand over consumer data when presented with a warrant, a process which is enabled by encryption backdoors. The FBI has not advocated for legislation on the issue – at least not yet – but is very vocal about their views.

As the FBI continues to push for encryption backdoors, tech giants are standing up to them by continuing to build encryption into products and refusing to provide the requested access. At this week’s event, officials said the technology community needs to “try harder” to find a solution that protects user privacy yet also allows them access to data. This “solution” would inherently introduce security risks.  Furthermore, in a point made by the CTO of Silent Circle, a warrant doesn’t give the FBI a right to the data – it only gives them the right to search for it.

As we’ve previously stated, we believe that encryption is essential and are strongly opposed to encryption backdoors. The tech community has already come up with and implemented a solution for protecting user privacy and data – encryption – and replacing that with a less-secure solution simply doesn’t make sense. As the FBI continues to push the issue, it’s important we also continue to speak out and fight back against “keys” and backdoors into our communications.

Learn more about the FBI’s stance on encryption.

Learn more about the battle between the tech community and the government.

Learn more about the US’s changing views on encryption.