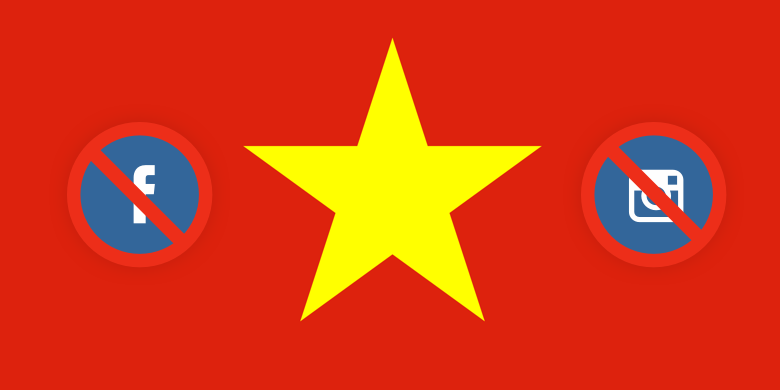 Update – May 26, 2016: As reported in The Verge, the Vietnamese government restricted and blocked access to Facebook for a 4-day period during a visit by United States president Obama. The reasoning for this block – one of many in recent weeks – was to stop critics of the government from organizing protests. You can learn more about this shutdown from Access Now.

Update – May 23, 2016: In advance of Vietnam’s National Assembly election, the Vietnamese government is attempting to block the “Lá Phiếu” mobile app. The government is calling it a “subversive effort to “sabotage” the upcoming election.”

Original Post: As reported by Vice, government-run telecoms in Vietnam blocked access to social media sites Facebook and Instagram this weekend. The blocks came in response to protests, which have taken place in Vietnam three weekends in a row. The protests were sparked by an environmental situation, the “mysterious death of 100 tons of fish which washed ashore in the country’s impoverished central costal region last month.” The government blocked the social sites in an attempt to prevent people from using them to rally, organize further protests and share information.

Vietnam’s Internet experience is ranked as “Not Free” by Freedom on the Net, and the government enacts strong censorship and control over the Internet. Vietnam is one of the “worse jailers of bloggers” in the world, and many bloggers are arrested and prosecuted if their writing doesn’t reflect the government’s values. There are also fines given for critical content and online speech.

Vietnam has an Internet Censorship law, Decree 72, which “bans bloggers and users of social media from quoting, gathering, or summarizing information from press organizations or government websites.” The law’s purpose is stated to protect national security and combat copyright infringement.