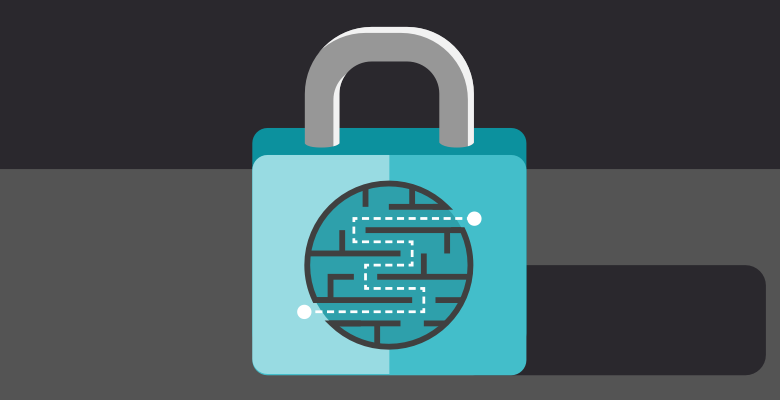 Encryption: A Quick Guide to the Basics

Encryption has been in the news for months. From Apple’s highly-publicized battle with the FBI, to WhatsApp’s announcement they’ve added end-to-end encryption throughout their app, encryption has definitely been in the forefront. With all this encryption buzz, we wanted to take a step back and look at the basics behind the news.

Encryption is a way to secure and protect digital data, information and communications sent over the Internet or other networks. As described by How To Geek, encryption is “taking some information that makes sense and scrambling it so it becomes gibberish.”

How Does Encryption Work?

Encryption uses an algorithm to scramble data, so it cannot be viewed by anyone except those with the “key.” As described by CSM the key is a “very large number that an encryption algorithm uses to change the data back into a readable form.” Only people with the key can read the unencrypted data.

In technical terms: encryption converts data from plaintext into a form called ciphertext using an algorithm and encryption key. The ciphertext can only be opened (decrypted) with the correct key.

What is End-to-End Encryption?

End-to-end encryption means only the sender or recipient of the encrypted communication have the keys. As described by Wired, end-to-end encryption “means that messages are encrypted in a way that allows only the unique recipient of a message to decrypt it, and not anyone in between. In other words, only the endpoint computers hold the cryptographic keys, and the company’s server acts as an illiterate messenger, passing along messages that it can’t itself decipher.”

What is an “Encryption Backdoor?”

An encryption backdoor is a way for someone other than the sender and recipient to access the encrypted communication. In the context of recent governmental debates, the government “wants a backdoor into encrypted communications,” meaning they want to be able to access and decrypt messages sent over Apple’s iMessage program. As described simply by CSM, the government wants “a way around the system’s security features.”

Where is Encryption Used?

Encryption can be implemented in a variety of places, including smartphones & mobile devices; Internet browsers (a URL starting with “https” indicates an encrypted connection between your browser and the website); computers & hard drives; and email.

Why Does Encryption Matter?

Encryption is the Second Amendment for the Internet.

This Christian Science Monitor article helped inform this post, and is an excellent resource to learn more about encryption. Tech target was also used as a reference.