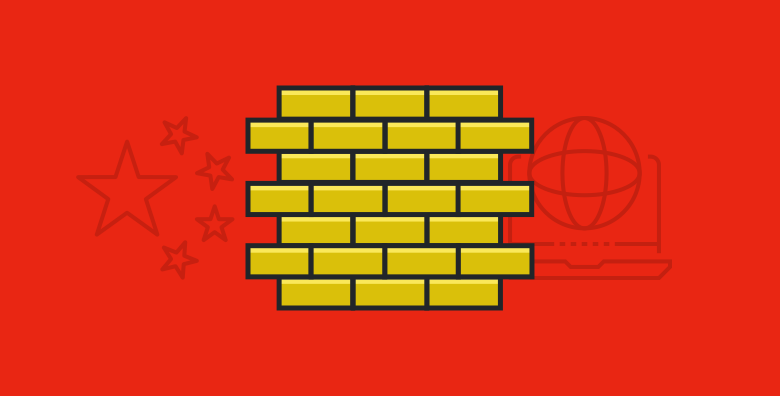 Today’s business environment is global by nature. Many companies run multinational offices in countries around the world, while many others offer services to a global user base. In this international marketplace China poses specific challenges to business because of the country’s strong censorship under the Great Firewall, which blocks or severely restricts access to many important websites and tools absolutely essential to keep business operations up and running. This censorship creates obstacles for people working inside of China, whom are unable to securely access the same tools and information as colleagues working in other offices around the world. To make matters worse, Internet connectivity is often spotty in the country – sometimes inherently and sometimes as a result of network manipulation conducted by the Chinese government. Due to these factors, many global business and cloud tools are often replaced by local Chinese tools, despite the fact domestic tools are at times inferior with much less widespread adoption.

Barriers to Trade in China and USTR

I made contact with United States Trade Representative (USTR) on a recent visit to Washington DC, to discuss these and other obstacles to conducting business in China. After chatting with the USTR, I’m optimistic about their genuine interest in voicing our concerns. China is certainly on their radar, and the USTR recently labeled China’s effort to to prevent or censor U.S. businesses from operating in their country as a trade barrier. China operates the most sophisticated censorship mechanism in the world, known as the Great Firewall, to help maintain social stability and national security in the face of terrorist threats. However, USTR released a report last year (2016) saying the Great Firewall was used well beyond the realm of what was necessary to maintain social stability and national security. These barriers make it more difficult for foreign companies to successfully operate within the country, which is something I hope we can work to improve. In addition to starting conversations with USTR on the issue, below I’ve outlined some of the challenges in China and areas for improvement going forward.

Challenges to Entering the Chinese Market

There is little international competitive access to the Chinese Internet market in general, which is attributable to China’s strict regulations on service providers and the Internet. China’s regulations make it hard for a variety of providers – especially international ones – to operate effectively. Here’s why:

There are many approvals required for companies entering the country, which can serve as a barrier to entry and make it more difficult to operate.

Even for businesses who pass regulations in China, there are many barriers to successful operation including blocks in Internet services and degraded speeds and experience. Some of the issues we identified include:

The Chinese government also imposes restrictions in terms of the cost of doing business, making it difficult or prohibitive for many companies to operate. When operating VyprVPN, we’ve experienced recent bandwidth costs much higher than in other regions in the world.

I’m glad to have had the opportunity to meet with the USTR, to discuss these issues and work towards a solution to improve business’ ability to operate in China. I am hopeful that USTR will help us combat these challenges, so we can most effectively deliver VyprVPN and a free, open and private Internet experience to users in China and around the world.

Sunday has been president of Golden Frog since its founding in 2009 and was recently promoted to CEO as he continues to guide the company's global strategy and vision. He is proud to work with a passionate team that's committed to delivering a secure and open Internet experience to people around the world.